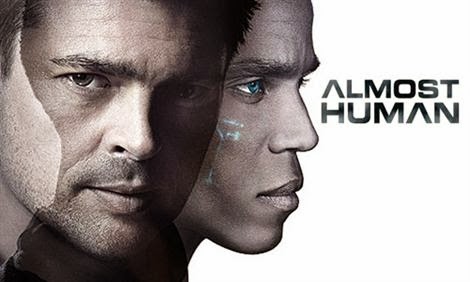 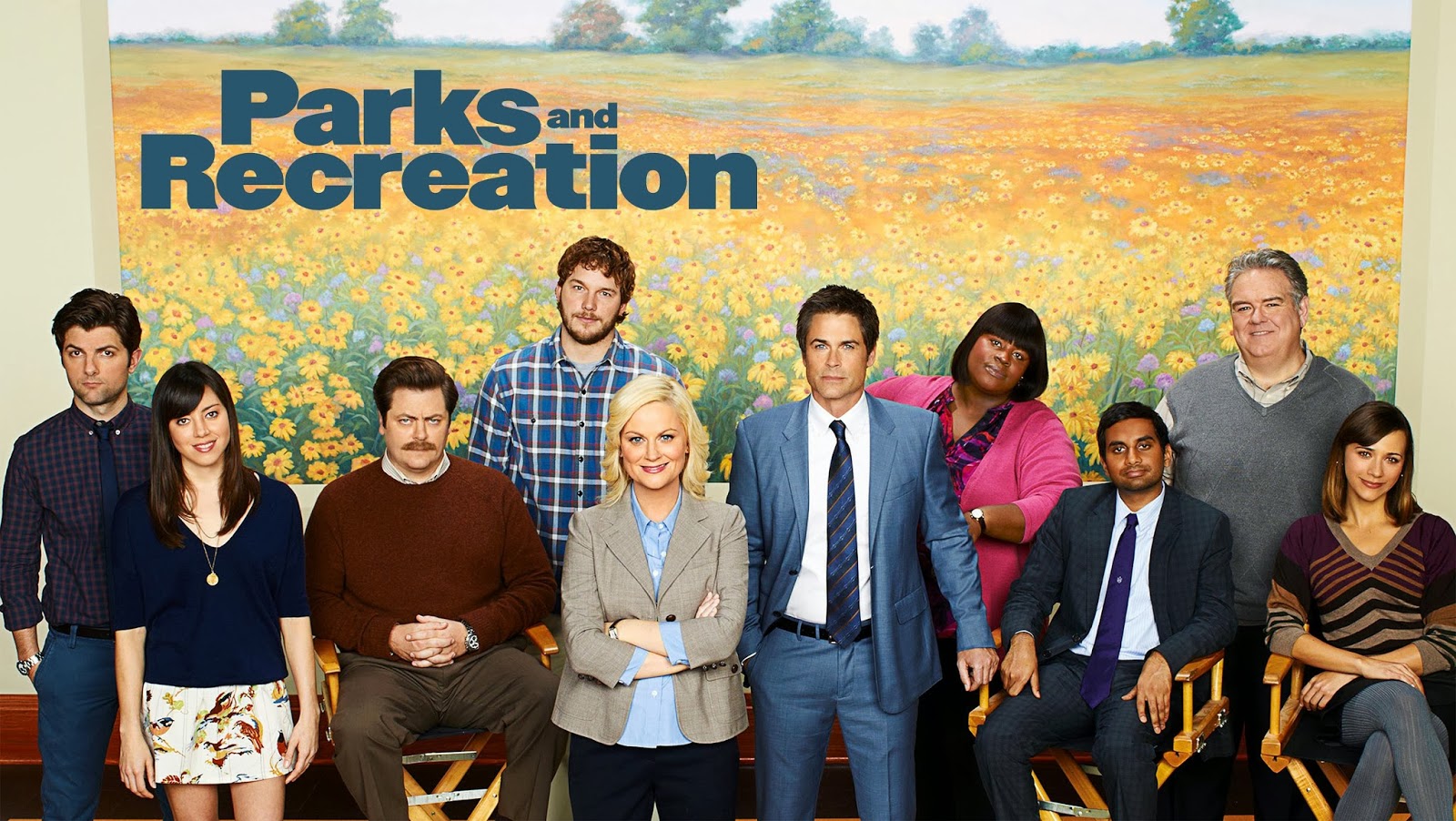 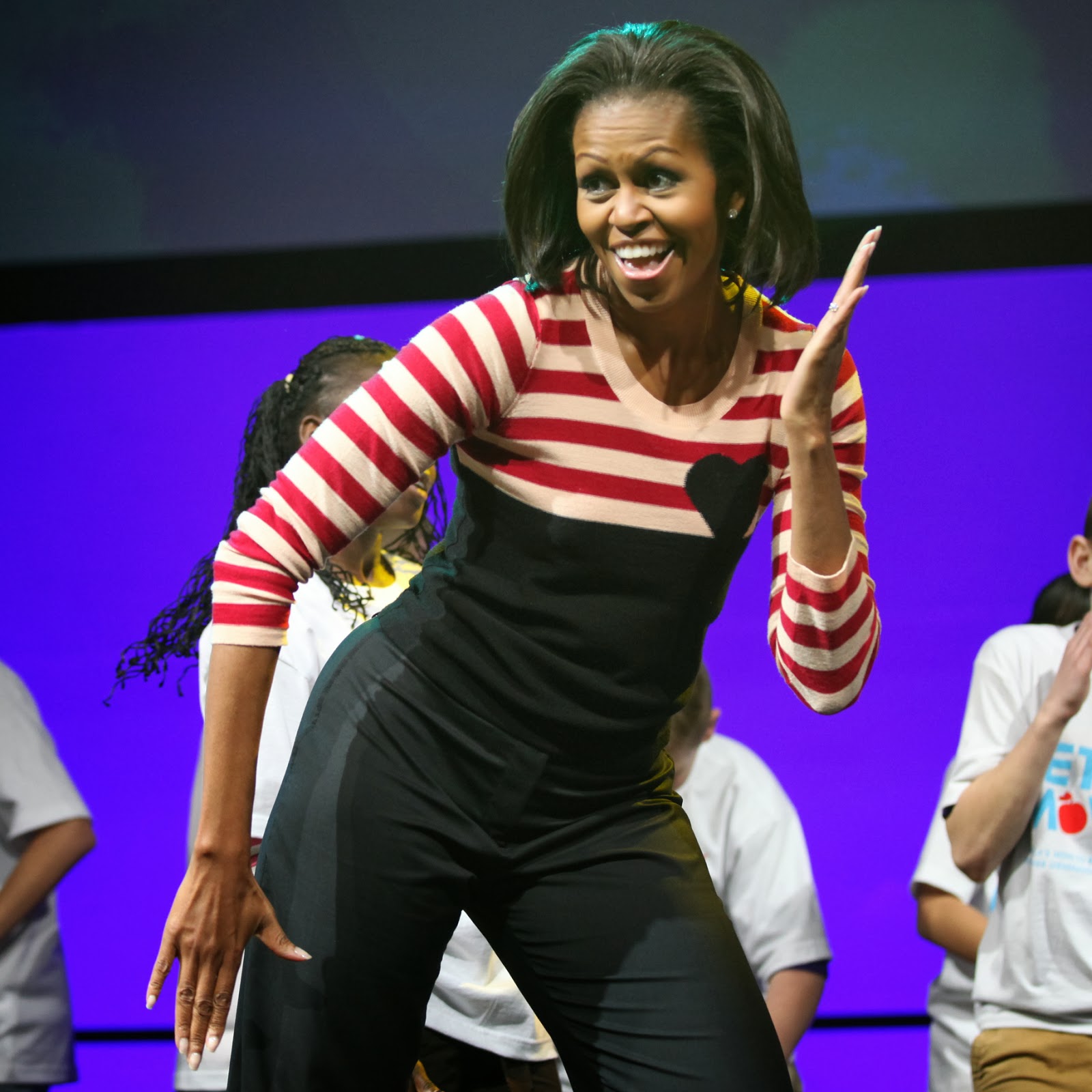 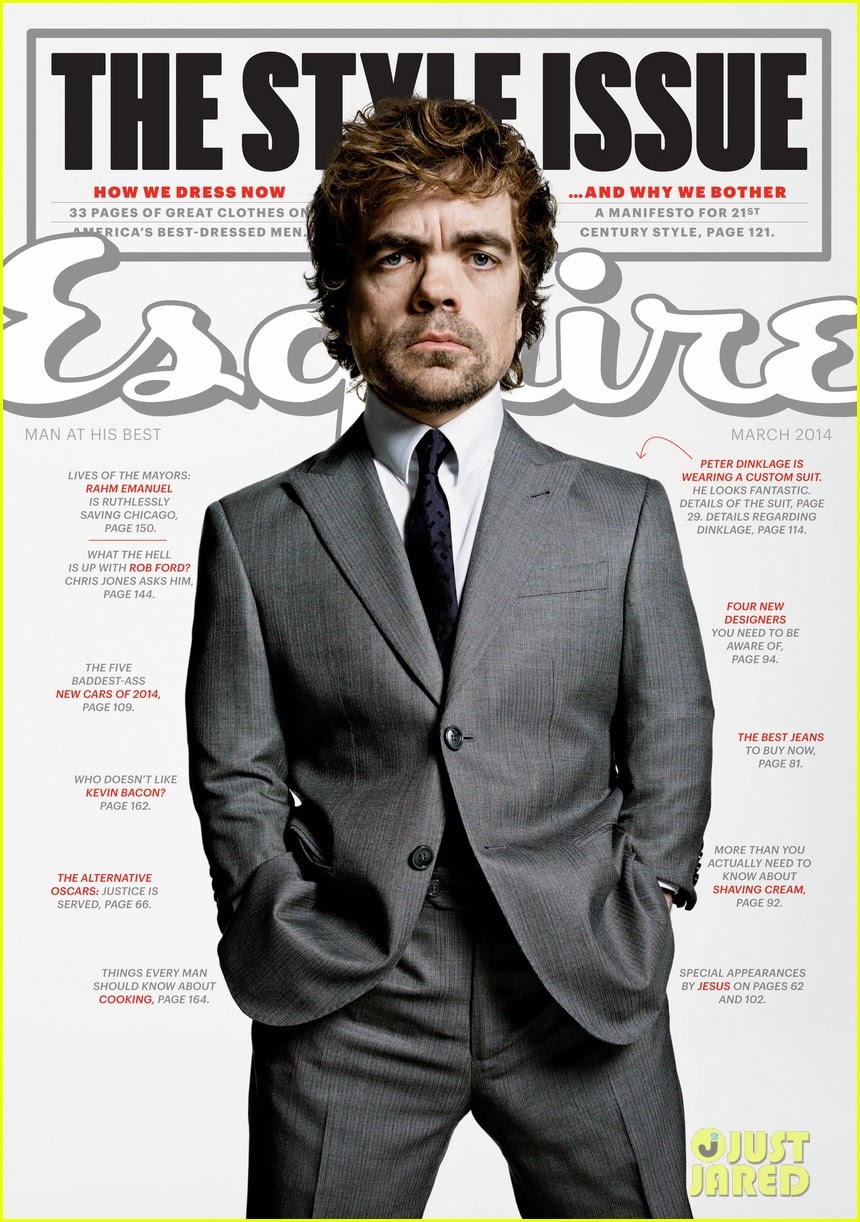 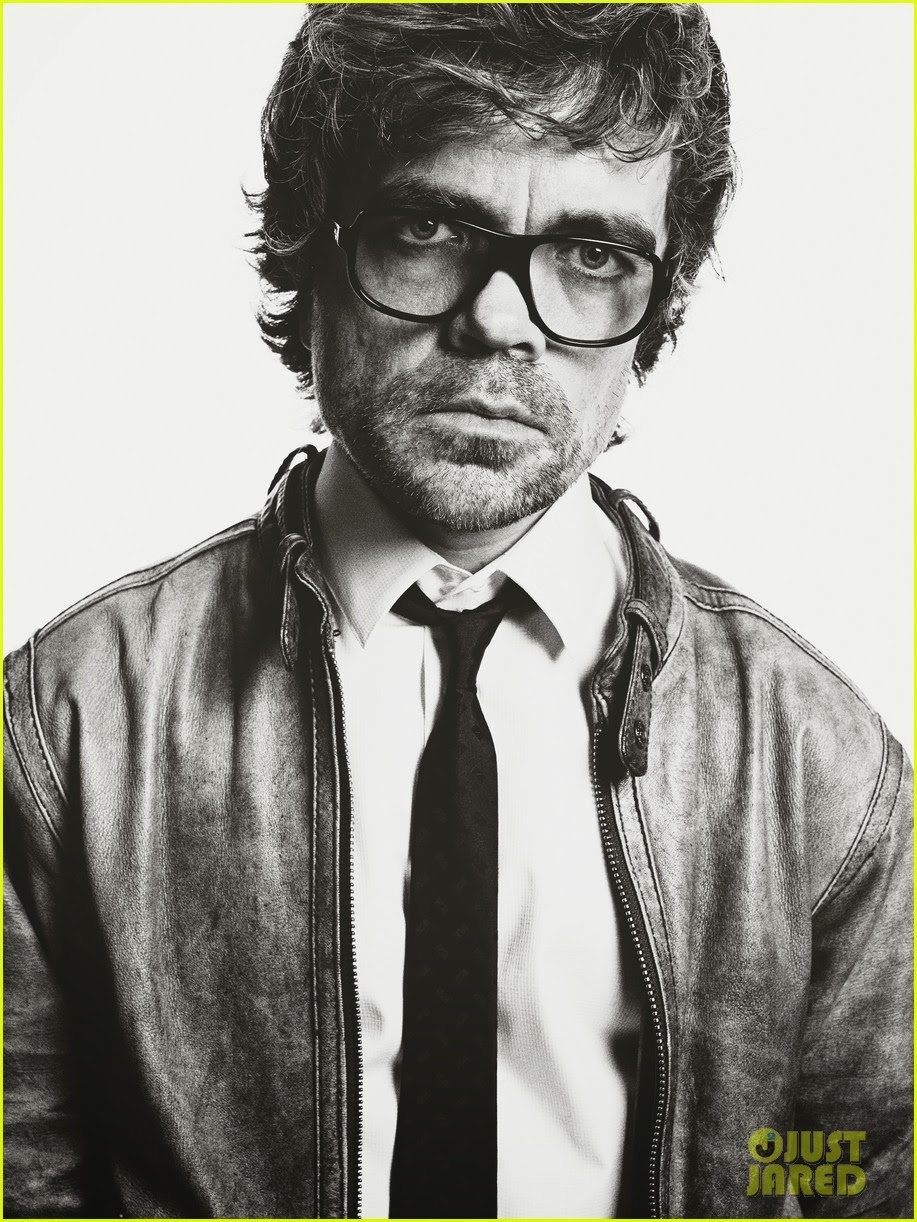 L'EDICOLA DI LOU/NEWS - L'uomo del giorno! Su "Esquire" in copertina e al centro di una nuova serie sci-fi: Peter Dinklage über alles!
Peter Dinklage wears his suit well on the cover of Esquire magazine’s March 2014 issue.
Here’s what the 44-year-old Game of Thrones actor had to share with the mag:
On discussing his height: “Um, how tall was Lincoln?…Well, he’s a much more important figure in history and humanity than I am. But we don’t know how tall he was exactly, do we?” 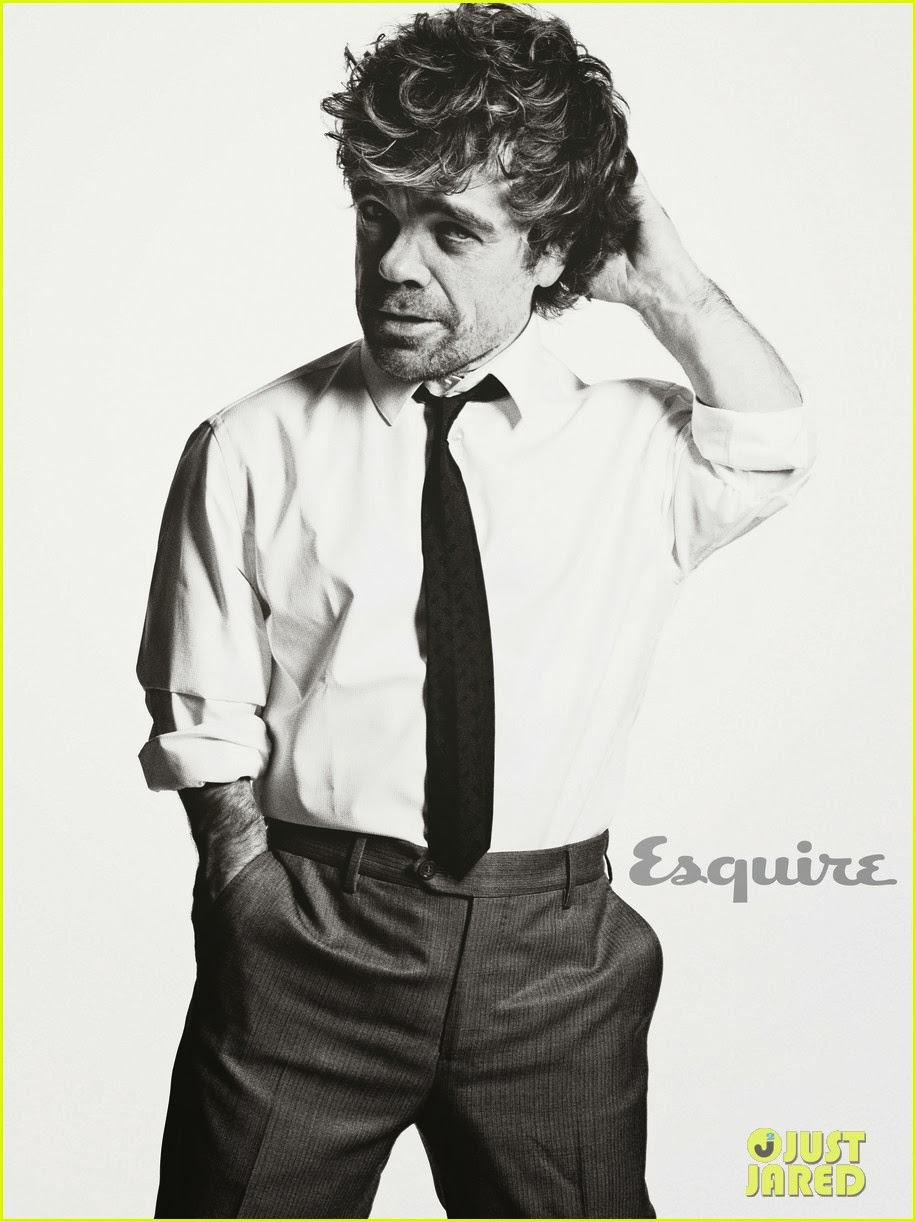 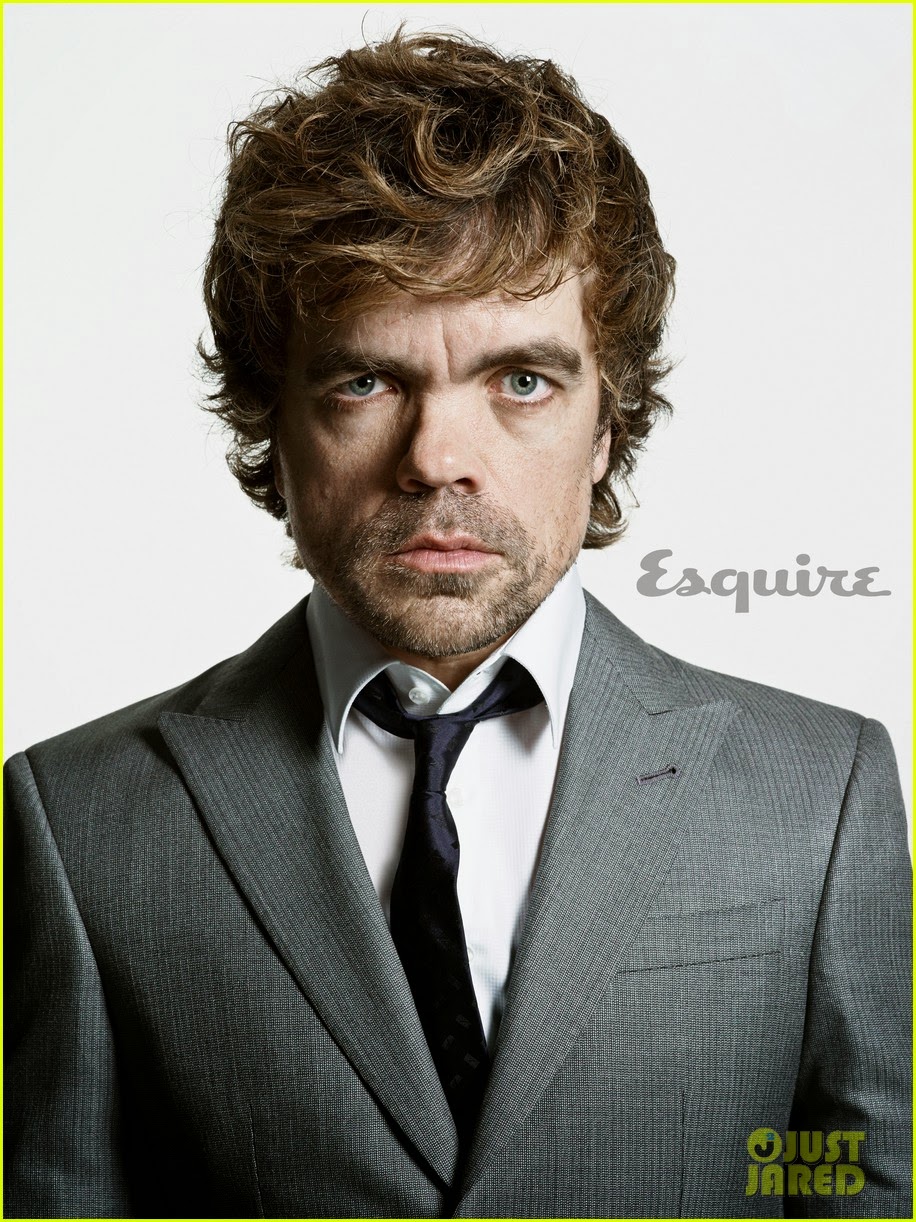 On a horrifying moment: “I was walking down Melrose Avenue in Los Angeles. There was this guy on a motorcycle right in front of me—about as far away as that plant, maybe six feet? And he looked at me. He didn’t wave, but he looked at me, and then he pulled out into traffic and this car, like, boom—killed him instantly. This was in L. A., where nobody walks. It was empty. So there was this quiet moment where it was like I was the only person in the world who knew this guy was dead. And I was there looking at him, you know, in those moments of calm after something horrible happens, the calm before the melee starts, before the ambulances and the cops arrive and it becomes a scene. There was that moment when I was with him.”
On an encounter with a fan: “She didn’t seem crazy or anything,” Dinklage said, “so I asked what was the matter. And she was like, ‘I just wanted to tell you, my boyfriend died today. And ‘The Station Agent’ was his favorite movie. This is like a sign that I saw you. I can’t believe this. May I please have a hug because I’m dying right now?’ And, of course, I gave her a hug,It’s like, there are the idiots with cellphones taking your picture all the time and then there’s something like that woman. And it really moved me, because it was honest and so pure and so sad.” 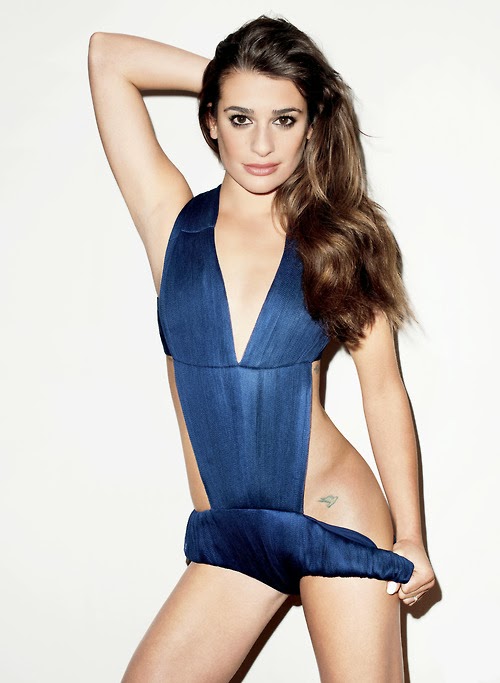 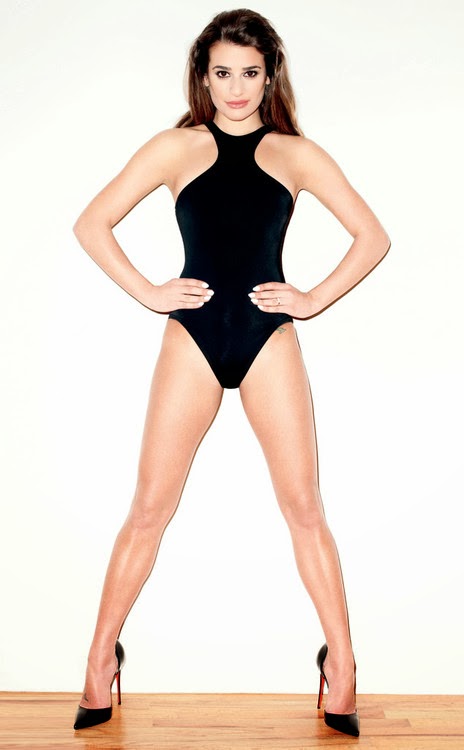 The first thing I notice about Lea Michele is that she has perfect eyebrows. They are strong, angular, and likely shaped for the day, since we’re meeting on the set of her music video shoot for the first single “Cannonball,” off her debut album, Louder. The tea-cup petite singer is taking a lunch break, a delectable-looking mélange of cubed tofu and tangled kale with a smattering of quinoa set before her. Glee’s leading glamour gal tells me she’s a vegetarian most of the time (“I eat fish occasionally”). Her bright eyes and springy skin attest to it—or maybe she just has dynamite genes.

The 27-year-old was born in the Bronx to a Turkish father, who was famous for bringing heros from his deli to the Spring Awakening set for cast mates when she was on Broadway, and an Italian-American mother. Complementing her Mediterranean good looks today are blunt, shiny bangs, and she is wearing a short, white cotton slip with Uggs, uncomely yet comfortable footwear, perfect for someone in need of an on-set shoe. Lea is kicking them off beneath the coffee table with nonchalance. Not that the star hasn’t earned the right to put her pedicured feet up for a minute.

Michele has been going full throttle for the release of Louder, slated for March fourth (as in, “march forth,” she says). It’s an 11-song distillation of a woman who took the time to find her voice. “I started working with Anne Preven, Felicia Barton, and Bonnie McKee right out of the gate, and we came up with some great, awesome pop songs,” she says. “But closer to the beginning of this year—four or five months into making the album—the label was like, “This is great, but we need more of you in here. You sound like you’re singing awesome songs that are similar to Katy or Kelly. We need more Lea Michele.” 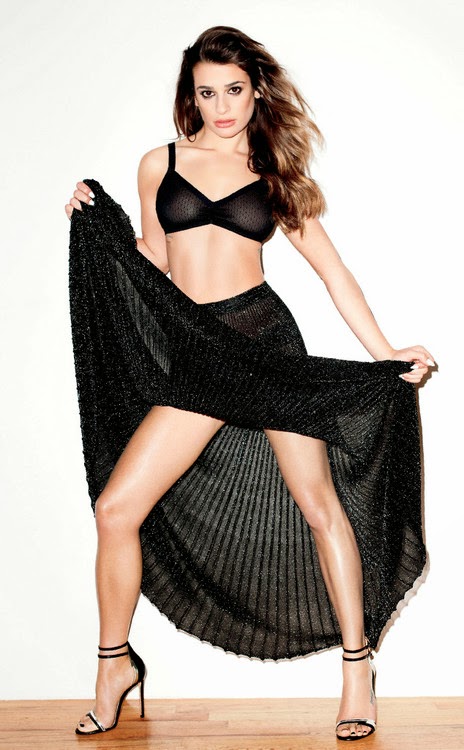 So back to the studio she went, this time with a lot more on her mind. “My album was completed in June. We had 12 songs. And then my boyfriend passed away, in July. [The singer’s Glee costar and long-term boyfriend, Cory Monteith, died from a drug overdose, a passing for which nobody was prepared, least of all Lea Michele.] So I met with Sia [Furler], because she’s a friend and because we were thinking, Do we want to add anything to the record now? And we wrote ‘If You Say So,’ on the same day she played me ‘Cannonball.’”

“If You Say So” is a cathartic tribute to her lost love. “It’s the only song that no one’s heard,” says Michele. “I can’t talk about it until people hear it. I just feel like people should hear it and I don’t know if I’m ever going to talk about it. It’s just one of those things where I understand what it means and you can take it or leave it. That song is for me.”

Alternatively, Furler’s song, “Cannonball,” is an earwormy number that Michele can’t get enough of, and neither can anyone else, apparently. “That’s what everyone tells me,” says Michele with a laugh. “Everybody’s like, Fuck you, I can’t stop singing it! My friends call me just singing ‘Cannonball! Cannonball!’ What’s crazy is that I can’t stop listening to it either. Since the minute Sia played me this song it’s been my personal anthem. It’s helped me so much. I still listen to it. If I’m having a down moment, I will play this song.” 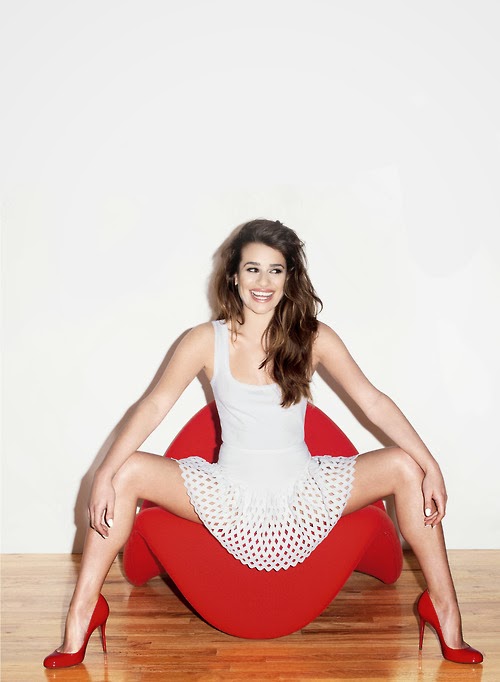 While the lyrics are telling (“I let go of fear and the peace came quickly / Freedom / I was in the dark and then it hit me / I chose suffering and pain in the falling rain / I know, I gotta get out into the world again”), there’s a positive triumph-over-anguish message to be discerned amid the fist-pumping beats. And, with this tune in particular, Michele knows exactly to whom she is singing: girls and gays. “I’ve managed to have a wide range of fans,” she says, “but if ‘Cannonball’ isn’t playing at the Abbey in West Hollywood, I will go there and I will play it. Those are my people.”

Which just goes to show that while she may project a Goody Two-shoes persona, she’s also not afraid to dole out a bit of sass, as further evidenced by the photos seen here. “My friends call me Grandma, but, like, Grandma’s killing it right now,” she says. “I’m pretty sure Grandma nailed it in a half-naked Terry Richardson shoot, okay? So I’m fine with it. I just do my thing. I do what’s best for me. That’s it.”
Published by Leo Damerini at 21:30 4 commenti:
Invia tramite emailPostalo sul blogCondividi su TwitterCondividi su FacebookCondividi su Pinterest
Etichette: Cory Monteith, Glee, GOSSIP, L'EDICOLA DI LOU, Lea Michele, look, sexy, Tacchi, Terry Richardson 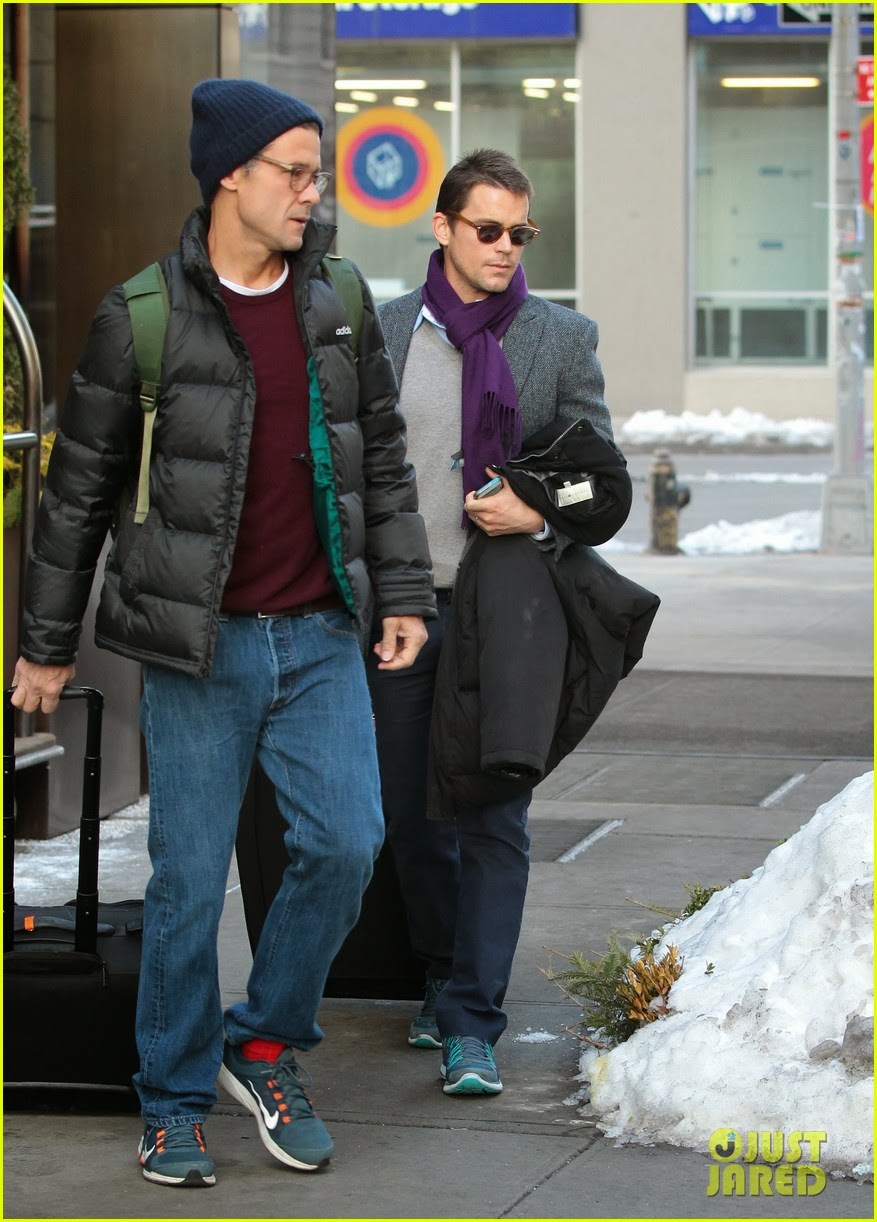 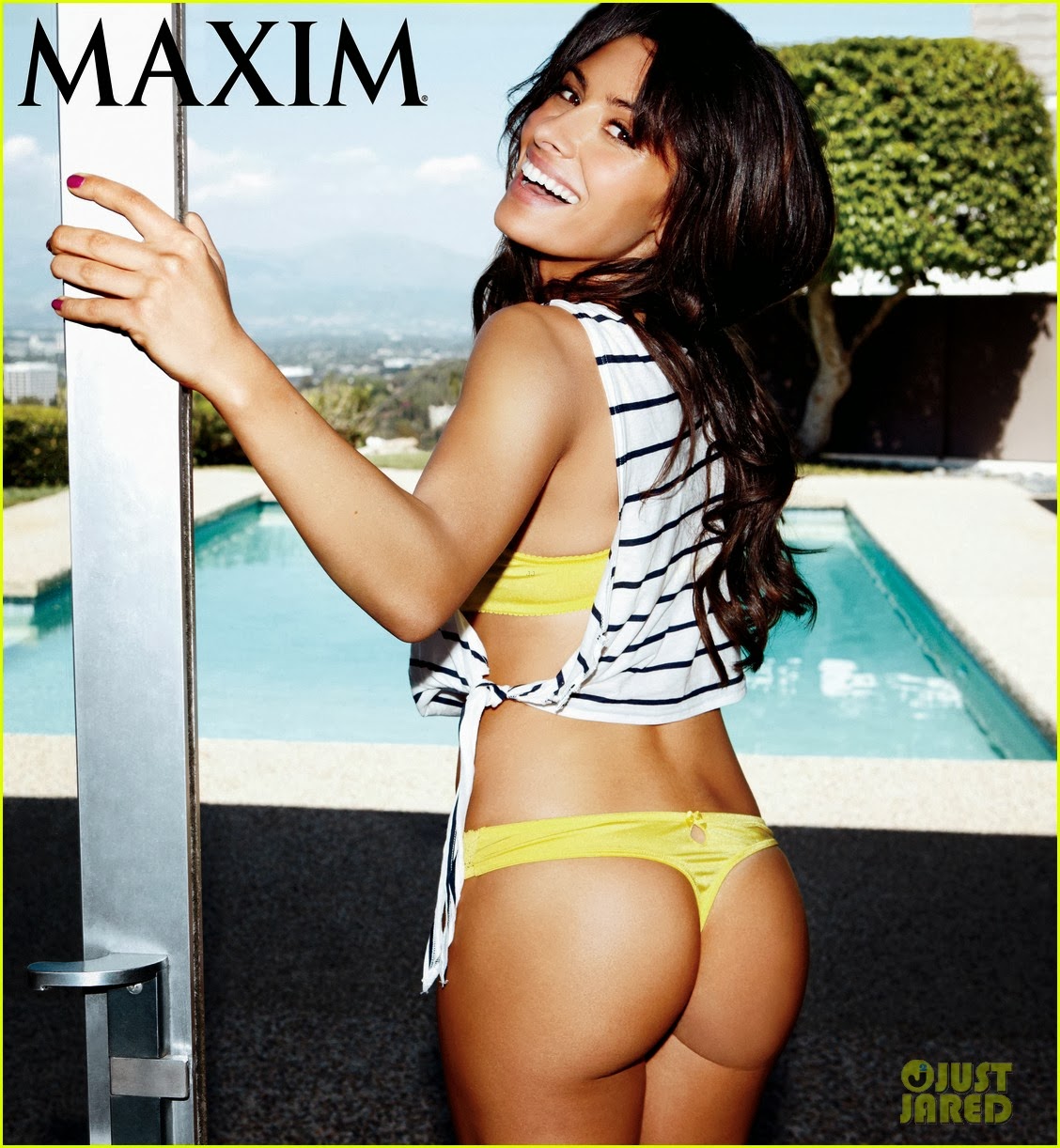 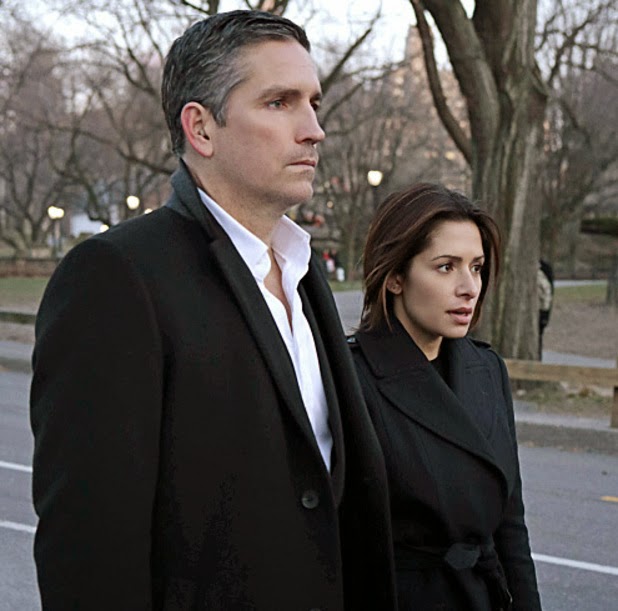