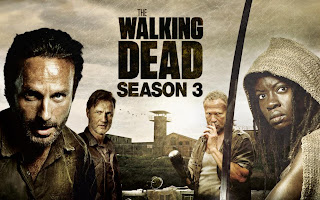 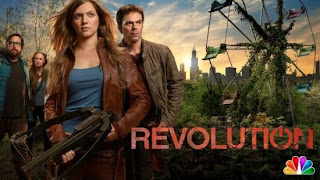 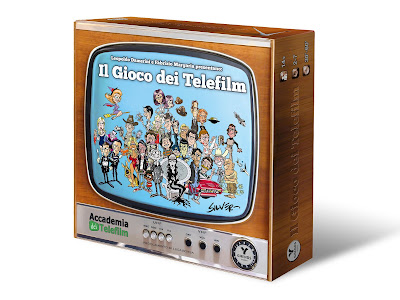 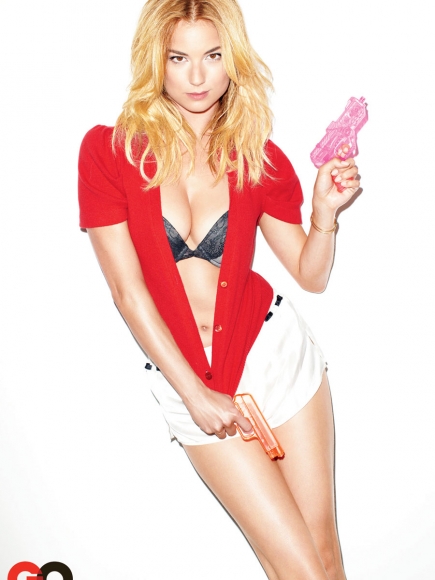 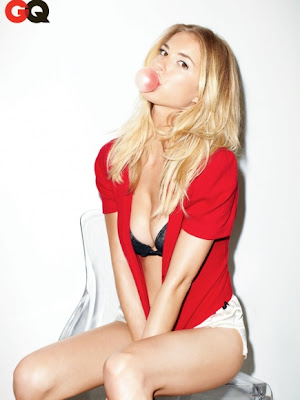 Foto e intervista tratte da "GQ" Usa di Novembre
Talk to Emily VanCamp for ten minutes, and she'll try her hardest to persuade you she's just a nice, sweet girl from Ontario. You'd be a fool to believe her. Yes, she has the kind of sugary sweet disposition that only comes from growing up in a small town, but she's not just a nice, sweet girl. She regularly pulls off Bourne-grade maneuvers, lights people's houses on fire, and roundhouses killing machines with ease. And that's just as her femme fatale character on ABC's frothy camp hit Revenge. Here, she talks about her hockey skills, swimming with sharks, and her die-hard affections for brain-nomming zombie attacks. Sweet, and badass.
GQ: You were recently in the Hamptons for the first time. Did the real thing exceed your expectations?
VanCamp: I guess it's sort of what you expect: massive homes, so much money.
GQ: It seems like the exact opposite of Canada. Or do you guys have some sort of Canuck equivalent?
VanCamp: Probably the cottage scene in Muskoka. You don't have the same glitz and glamour as the Hamptons, but it's definitely on the higher end. And it gets rowdy—but in a Canadian way. They're drinking Moosehead instead of champagne, which is more my style anyways. I mean, I grew up playing hockey.
GQ: You pull off the salty-sweet thing on Revenge really well. Which comes easier?
VanCamp: Yeah, I always feel like I'm playing a character when I'm in a beautiful dress, with my hair coiffed. I like getting down and dirty. It's really fun. There's nothing better than setting an asshole's house on fire. It's those moments when I think "I love my job!"
GQ: Would you consider yourself more of a tomboy, then?
VanCamp: Definitely. I did ballet, which taught me how to be poised and graceful, but still, to this day I'd rather be fishing than going to some glamorous party. It's so therapeutic.
GQ: What's the biggest thing you've caught?
VanCamp: I think a barracuda—quite a big one—in the Caribbean.
GQ: What?! That's so badass.
VanCamp: It wasn't! It was on one of those industrial lines.
GQ: Where else have you vacationed recently?
VanCamp: Well, I went to Bora Bora and swam with sharks. Just reef sharks and lemon sharks.
GQ: That's the most Canadian thing, to qualify the sharks you swam with. An American would have made that story so much more salacious. Do you consider yourself a good liar?
VanCamp: [Laughs] I think anyone who says they don't tell little white lies at all is a liar. We all have that occasional event or engagement that we don't really want to go to. I don't think I'm a good liar at all, though. The people who know me best will tell you that. I think you'll see a little more honesty out of my character on Revenge this season though. 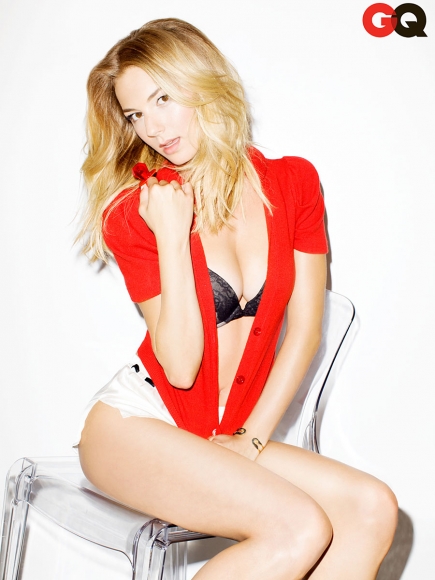 GQ: Does it surprise you how many guys are into the show, given the fact it's a nighttime soap that takes place in one of the bougiest zip codes in America?
VanCamp: At first I thought the show was going to be so female-oriented. I think it's one of those shows that the girlfriend turns on and the guy ends up liking more though. I've had so many lovely encounters with guy fans. Then you have the crazy ones, too—the ones that come up to you on the street and don't realize you aren't your character.
GQ: Speaking of the streets, you constantly get photographed by paparazzi. And, I gotta say, I seriously commend you because you are not afraid in the slightest of a little PDA. There is a literal motherload of photos where you are sucking face with your co-star boyfriend, Josh Bowman.
VanCamp: [Laughs] I don't really ever talk about that part of my life, but I'm also not going to stop living my life. I want to live happily. And if I love a person, I'm not going to be ashamed and hide it.
GQ: It must get frustrating being followed by cameras constantly.
VanCamp: The thing is, I never know when paparazzi are taking pictures! They hide in weird places and make it look like you can see them but you can't. It's just so odd. I don't have any respect for them. Sometimes I just want to go for a walk in my sweats, you know?
GQ: Does it make you miss Canada?
VanCamp: Yeah, I miss it a lot. It's so quaint, and there's never some weird person hiding in the bushes in my hometown. I could see myself moving back. It's just so mellow.
GQ: Have you been star-struck, coming from small-town Ontario to Hollywood?
VanCamp: Once. I met Meryl Streep at an Oscar party. She was just so graceful, beautiful, and kind. I couldn't not say hello. But I was so anxious.
GQ: Do you get anxious a lot?
VanCamp: Um, I actually get anxious a lot. I can be really socially awkward. You never want to be the weird, introverted girl in the corner shaking. I feel like that though. I can be a bit standoffish when I'm meeting new people. I like to take a second and figure out who I'm dealing with.
GQ: What do you do when you have downtime?
VanCamp: I have a really weird thing for zombie movies. An ex-boyfriend actually got me into them because I would always watch 28 Days Later. We went through a three-month binge where I saw, I think, every zombie movie ever made.
GQ: Important question: slow- or fast-ambulating zombies?
VanCamp: I think the stakes are higher with the fast ones, but I have to say there's something more eerie about the slow ones. They're creepier.
GQ: Can I assume you're a Walking Dead fan?
VanCamp: OMG, obsessed! But then I also love watching The Bachelor, too. Don't ask me why! I guess I believe in "The One" to an extent, but I think you have several "Ones" out there. It just depends on who you find. I hate to say it, but I more watch it for the train wreck of it all.
GQ: Spoken like a true tomboy. 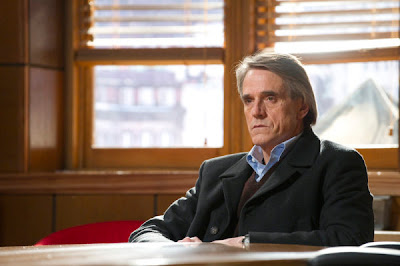 Miley Cyrus Drew 13.6 Million Viewers to 'Two and a Half Men'!: @mileycyrus shows off her… goo.gl/fb/DFEMW

Just got a call from ABC. Additional scripts ordered for #LastResort. Onward and upward.

At the studio right now at my first recording session for MY SOLO ALBUM!! I'm so happy and can't wait for you all to hear this record!!

Need a Halloween costume? Christina Hendricks loves when you dress as Joan from 'Mad Men': bit.ly/R8KQ86