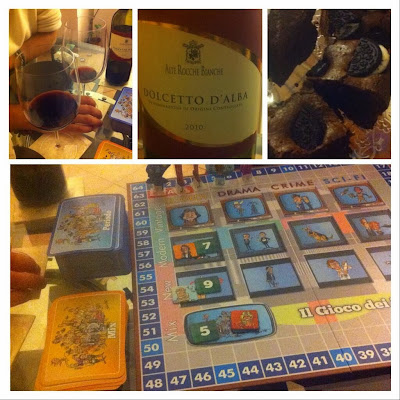 Article by Brian Lowry ("Variety")
TV Columnist @blowryontv
"Asked about the trend toward “reprehensible protagonists” — a la “Breaking Bad’s” Walter White, “Boardwalk Empire’s” Nucky Thompson or “Dexter’s” serial killer — Showtime Entertainment chief David Nevins offered a surprisingly frank answer.“It’s license,” he told reporters at the TV Critics Assn. tour in July. “Pay cable, you take license. Your licenses are sex, violence and bad behavior.”
Nevins omitted the other obvious one — salty language, and those few words (thank you, George Carlin) that still can’t be uttered on most of TV — but otherwise, he was right. There are several less-ostentatious attributes that differentiate pay cable in particular and to some extent basic’s raciest hours from broadcast TV, including the expanded running time of episodes, and nonexistent (or diminished) advertiser scrutiny. But it’s sex, for better or worse, that frequently generates headlines or provokes controversy.
Granted, part of that may have to do with sex and nudity providing a clearer point of distinction from less liberated alternatives, as broadcast networks brave more explicit violence in programs like Fox’s “The Following” or NBC’s “Hannibal.” By contrast, the U.S.’ perceived puritanical streak relative to Europe has always made explorations of sexuality dicier, unless of course the material is being wielded as a sitcom punchline. 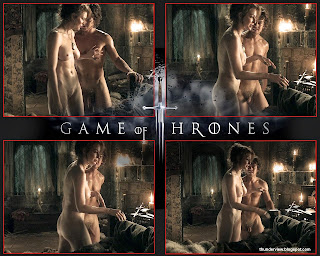 Historically, violence seldom triggers the level of outrage from the usual suspects that sexuality does. The exception would be when entertainment collides with real-life events like last year’s horrific Newtown school shooting, which inevitably produces fleeting hand-wringing but little concrete action from the entertainment biz and others about contributing to societal violence.
Chasing the boundaries of TV sex involves something of a moving target; seldom does a season go by without some newcomer braving uncharted territory, or at least finding a way to put old wine in a new bottle. HBO’s “Girls,” certainly, has drawn attention with its blunt portrayal of awkward sexual encounters among twentysomethings, including a sequence last season in which a male character ejaculates on his new girlfriend after she specifically asked that he not. (An HBO spokeswoman had to explain to nosy media outlets that the sequence was “nothing more than a use of props.”)
Showtime has tackled the topic head on with “Masters of Sex,” a just-launched dramatic look at the career of real-life sex researchers William Masters and Virginia Johnson. The nature of those studies are depicted in graphic detail, with more nudity and simulated orgasms than you can shake a stress-test-wired dildo at. 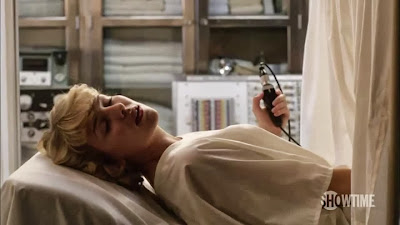 “It was an irresistible topic for a premium television series,” Nevins says.
License also helps account for why cable programs regularly push sexual bounds even in shows where the situations may be less than organic or central to the premise — precisely because sex is something that can poke at overstimulated nerve endings and arouse a response.
This casual inclusion of sex and nudity — almost in a “because we can” manner — hasn’t gone unnoticed. Los Angeles Times critic Mary McNamara, for example, chided esteemed dramas like “Game of Thrones” and “Boardwalk Empire” a few years ago for their habit of setting scenes in brothels, deeming it a gratuitous practice for the sole purpose of showing female flesh. “Maybe it’s time to tone down the tits,” she wrote.
On the other hand, a series like Showtime’s “Homeland” has featured sexual encounters but also gone weeks at a time without them, the fundamental matter of thwarting terrorism trumping such dalliances and offering little time to pause for them. (The new season does include a liaison involving the central character’s teenage daughter, another provocative area.) And full-frontal male nudity is definitely a more common sight in pay TV shows than it was just a few years ago.
Tellingly, some of these graphic depictions of sexuality are being overseen by women, including “Girls” creator Lena Dunham and Michelle Ashford, the showrunner on “Masters of Sex,” which is based on a book by Thomas Maier.
Yet the fact that explorations of sexuality aren’t limited to a male perspective isn’t universally hailed as progress.
“I think women can objectify women just as easily as men can, unfortunately,” says Martha Lauzen, executive director of the Center for the Study of Women in Television and Film at San Diego State U., who has studied TV employment for women — both in front of and behind the camera — since the late 1990s. “Quite a bit of (that objectification) is coming from the indie film world and seeping over into television.”
Indie film, of course, continues to explore sexual themes. But the license exercised in pay cable — closer to the feature arthouse than the broadcast networks, certainly, but still a relatively mainstream medium — comes at a time when studios frequently soften sex in major releases, feeling the heat to avoid R ratings and thus expand the box office potential of their major releases.
In addition, some critics point to a double standard at the ratings board, saying sexual content is more likely to push a movie into a more restrictive tier, whereas wholesale violence and mayhem can still earn a PG-13 designation. 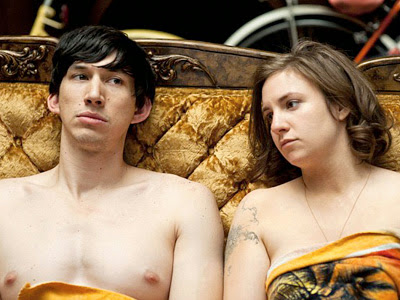 Dunham cut her teeth in independent film with her breakthrough movie “Tiny Furniture” before bringing “Girls” to TV. And while the show has generated intense media scrutiny, it’s actual ratings remain relatively small — offering a reminder that attempts to probe sexuality haven’t always been met with open arms by viewers.
“Tell Me You Love Me,” a 2007 drama that delved into the romantic lives of various couples, is one of the rare HBO series that didn’t survive into a second season. Creator Cynthia Mort opted not to do more episodes after changes were sought when management shifted at the network.
“It was a polarizing show,” Mort explains. “The honesty I needed to portray sex, as it related to intimacy, made everyone uncomfortable.” 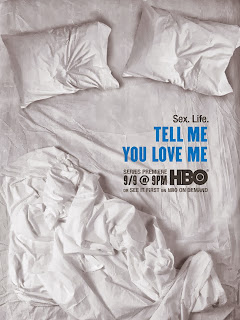 Mort adds that she still sees a troubling double standard in terms of sex and violence, contending the way some shows incorporate sex simply to feel “edgy” is akin to another form of violence. “I still find it hard to believe,” she says. “Everything’s acceptable when it comes to violence.”
For her part, Ashford described herself as “oddly sort of prudish” about showing nudity on her new Showtime series, suggesting that the underlying goal on “Masters of Sex” was to approach the subject in an honest, non-glamorized way, while acknowledging some of the baggage that such a depiction entails.
“I found it very daunting because of the tropes that have built up surrounding sex through all the years of watching movies and television,” Ashford says, citing the sex scene in the movie “Don’t Look Now” — considered shocking for its rawness 40 years ago — as a touchstone.
“I decided no matter what we did, we had to have the story pulling through every sex scene. … We don’t present a really glossy, idealized version of sex, either.”
The expansion of outlets producing original programming for a premium audience has only heightened both the pressure and opportunities to deal in “various forms of transgression,” as Nevins puts it. In regard to sex, they range from Starz’s “Da Vinci’s Demons” and “The White Queen” (two bodice-ripping period pieces) to DirecTV’s “Hit&Miss,” which starred Chloe Sevigny as a transgender assassin, equipped with a prosthetic penis.
HBO, meanwhile, plans to shoot a pilot titled “Open” co-written by Ryan Murphy, who took basic-cable sex to the edge a decade ago with FX’s “Nip/Tuck.” An advance description from HBO has promised the new show will offer a “provocative exploration of modern sexuality,” as filtered through a handful of characters.
More frank and graphic sexuality can raise concerns for some actors, and in the case of pay cable — which other than a proscription against erect male genitalia, operates largely without clearly delineated parameters — leaves producers to go by their gut instincts. It’s a long way back to “NYPD Blue,” when producer Steven Bochco and then-ABC Entertainment chief Robert Iger (now Disney’s CEO) found themselves drawing naked people on a sketch pad, trying to determine how precisely far their camera angles could venture.

“Masters’ ” Ashford says the show has shied away from frontal male nudity simply because it’s shown so rarely that to include it “feels like it’s making a statement,” and thus risks taking viewers out of the drama.
In terms of performers, Ashford notes that Allison Janney, who plays a recurring role as the provost’s unhappy wife, originally didn’t want to do nudity — and even included contractual language to that effect, with Ashford saying, “That’s fine; we’re not hiring you for that.” But later she changed her mind, the producer says, because she knew it was not salacious. “We try to be very respectful. You don’t want people to be uncomfortable in any way. … I can’t imagine pushing nudity for its own sake.”
Of course, the assumption that “sex sells” is by no means a slam dunk. While Showtime went with the name “Masters of Sex” in what Ashford calls “an obvious ploy to get people in the door,” initial ratings on Sept. 29 were modest (admittedly on a very tough night, with “Breaking Bad” concluding its run), despite overwhelmingly positive reviews.
Although “Masters of Sex” can boast a high degree of authenticity, more-informed viewers may notice the conspicuous lack of physical resemblance between star Michael Sheen and William Masters, who was bald and not terribly attractive. Sheen contemplated shaving his head, Ashford, notes, but the idea was quickly vetoed.
“We’re trying to do the real deal here,” she says, “but this is still television.”
Published by Leo Damerini at 10:08 Nessun commento:
Invia tramite emailPostalo sul blogCondividi su TwitterCondividi su FacebookCondividi su Pinterest
Etichette: American Horror Story, Boardwalk Empire, Breaking Bad, Game of Thrones, Girls, Hit and Miss, Homeland, L'EDICOLA DI LOU, Lena Dunham, Masters of Sex, NEWS, Nip/Tuck, Open, sesso, Tell me you love me 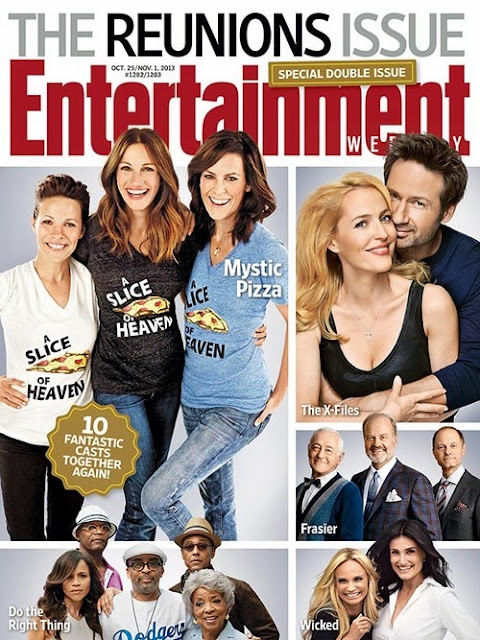 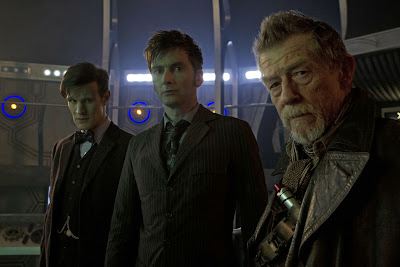 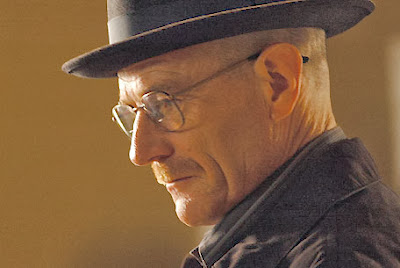 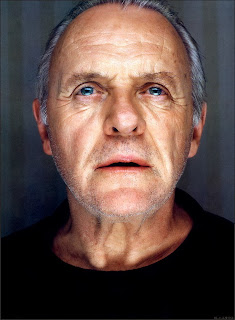 "Your performance as Walter White was the best acting I have seen - ever. I know there is so much smoke blowing and sickening bullshit in this business, and I’ve sort of lost belief in anything really. But this work of yours is spectacular - absolutely stunning. What is extraordinary, is the sheer power of everyone in the entire production. What was it? Five or six years in the making? How the producers (yourself being one of them), the writers, directors, cinematographers…. every department - casting etc. managed to keep the discipline and control from beginning to the end is (that over used word) awesome. From what started as a black comedy, descended into a labyrinth of blood, destruction and hell. It was like a great Jacobean, Shakespearian or Greek Tragedy. If you ever get a chance to - would you pass on my admiration to everyone - Anna Gunn, Dean Norris, Aaron Paul, Betsy Brandt, R.J. Mitte, Bob Odenkirk, Jonathan Banks, Steven Michael Quezada - everyone - everyone gave master classes of performance … The list is endless.
Thank you. That kind of work/artistry is rare, and when, once in a while, it occurs, as in this epic work, it restores confidence".
Anthony Hopkins
Published by Leo Damerini at 13:12 Nessun commento:
Invia tramite emailPostalo sul blogCondividi su TwitterCondividi su FacebookCondividi su Pinterest
Etichette: Anthony Hopkins, Breaking Bad, Bryan Cranston, NEWS 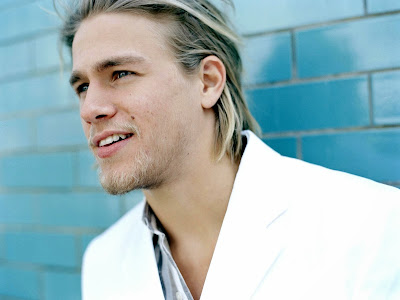 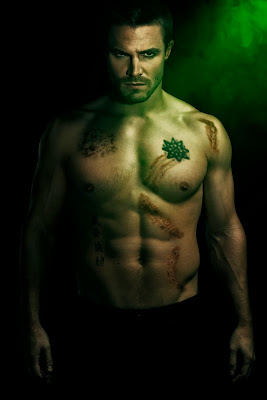 GOSSIP -  A petto nudo! Skarsgard di "True Blood" nel nuovo video dei Cut Copy
Alexander Skarsgard goes shirtless sexy for the new music video for Cut Copy‘s latest single “Free Your Mind!”. The 37-year-old Swedish actor of "True Blood" was seen sporting a wig while showing off his basketball skills and kissing a co-star in the video.“Free Your Mind” is a single from Cut Copy‘s forthcoming album Free Your Mind, which drops on Tuesday, November 5. You can pre-order the album now!