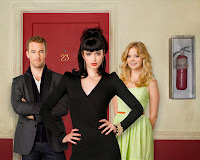 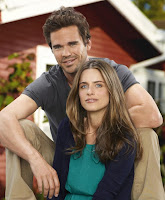 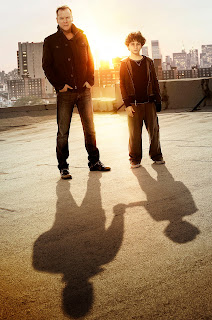 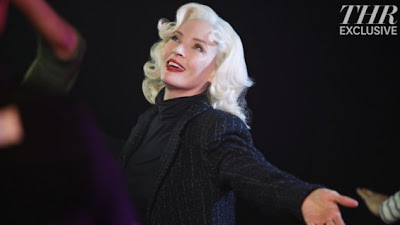 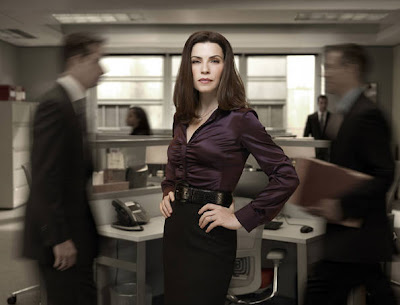 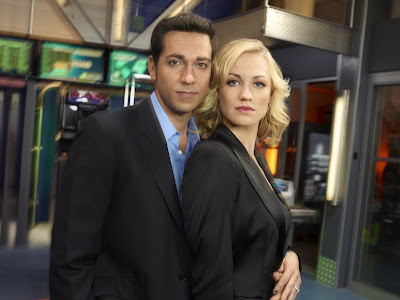 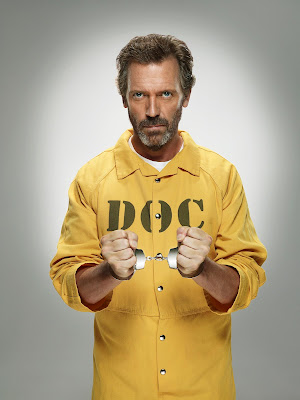 NEWS - "Con House ho vinto la lotteria!". Ecco l'''unica intervista a Hugh Laurie, rilasciata al "Telegraph" sulla stagione finale di "Dr. House" (dal 24 aprile su Canale 5)
By Jane Mulkerrins
After eight seasons of sardonic sniping and maverick diagnoses, Hugh Laurie’s Dr Gregory House will no longer be stalking the hospital corridors of New Jersey. The critically acclaimed medical drama House, it has been confirmed, will not return after the end of its current run. For Laurie, who has become one of our most successful ever exports, thanks to his role as the talented, intuitive but difficult diagnostician, it will be the end of an era.
“There are very few things in life that are so deliciously enjoyable that you want to do them for 16 hours a day, every day – including sex and fine dining,” Laurie quipped when I met him recently in Los Angeles, at the palm-fringed Fox studios that masquerade as the fictitious Princeton-Planesboro Teaching Hospital in New Jersey. In the hospital’s canteen, the 52-year-old actor perched on a stool and sipped cheerfully on a tiny espresso, as he suggested that he would be content to retire from 22-episodes-a-season US network TV. “We are on such a conveyer belt and it can get overwhelming.”
“It’s not the playing the character over and over again [that can get a bit much], it’s the coming to work over and over again. You know, we have done 170 episodes now, I think. That’s about 50-60 feature films-worth. You want a break, you really do.”
He felt in his bones that time was up for his starring role on prime-time TV, too. “The financing of all TV shows is dictated by finding an audience between 18 and 49,” he said. “I have now passed beyond 49, so probably, I am no longer a desirable commodity for TV. And I am at peace with that, that’s fine.”
Since the series took off in 2004, Laurie has spent nine months of the year almost 6,000 miles from his wife of 23 years, Jo, and their three children. The couple, who married in Camden, north London, in June 1989, decided against taking the children out of school and moving to LA.
“I’ve missed bath times and dentists’ appointments,” he admitted. “But that’s the same for everybody who goes out to work.”
The hospital drama, which returns later this month on Sky 1 for the completion of its final season, recently made the record books as the world’s most popular show, watched by more than 81 million people in 66 countries, no mean feat for a series in which the central character is a curmudgeonly, misanthropic, cynical narcissist.
“Lots of people would say House doesn’t have any charm at all,” mused Laurie of his alter ago, who also has a weakness for opiate painkillers. “I would disagree though, I find him immensely charming and endlessly entertaining. He has a sort of grace and a wit about him, and ultimately, I think he is on the side of the angels.”
As any fan of the show knows, though, House is not a happy man, seemingly resigned to remain in a permanent state of depression. “I do have the impression of House being left on the side of the dock as the SS Happiness sails away,” nodded Laurie. “Other people all have a ticket but House is left, emotionally abandoned, on his own island of trouble.”
Laurie himself has struggled with bouts of severe clinical depression in the past. Success in the show, however, has earned him two Golden Globe awards, two Screen Actors Guild Awards and a raft of Emmy nominations. The thoroughly British, Eton- and Cambridge-educated Laurie is also thought to have been the highest-paid actor on a US TV drama, reportedly earning $400,000 (£250,000) per episode of House. “Without doubt, I am a lottery winner,” he enthused. “It’s not a strong negotiating position to say I’d do it for free, but between you and me…”.
Laurie’s eight years Stateside have not quelled his quirky, resolutely English sense of humour, and he frequently veers off on amusing tangents. With his flawless American accent as House, however, he is another creature entirely.
Laurie, whose father Ran was an Oxford-educated doctor (and a rower who won a gold medal in the coxless pairs at the 1948 Olympics in London), already had a deep respect for the medical profession before taking on the role. “I have always stuck up for Western medicine,” he noted. “You can chew all the celery you want, but without antibiotics, three quarters of us would not be here.”
Attention will now turn to the finale of the series. In an earlier interview to mark his directing debut on House, Laurie admitted he would like his character to go out “with a bang, not a whimper”.
There’s one thing, however, the audience can be certain of. “When the time does come, I don’t plan to give House a happy ending,” the show’s writer David Shore promised recently. “He’s not going to ride off into the sunset; that just wouldn’t feel right.”
Published by Leo Damerini at 10:01 Nessun commento:
Invia tramite emailPostalo sul blogCondividi su TwitterCondividi su FacebookCondividi su Pinterest
Etichette: David Shore, Dr. House, Hugh Laurie, network 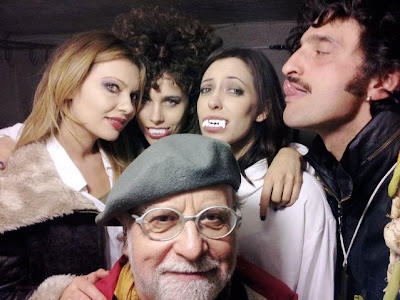 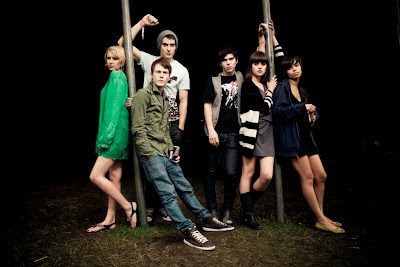