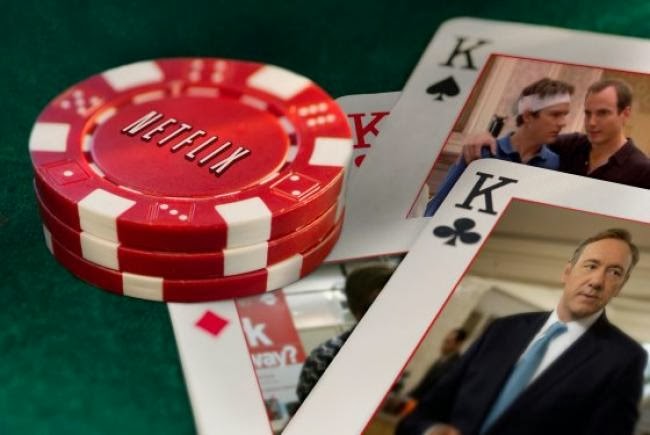 Articolo tratto da Uproxx.com
We talk a lot about Netflix around here, and for good reason: It’s become, for many of us, a huge part of our lives. Most of the discussion, however, revolves around the best TV shows on the streaming service, the latest additions to its library, or even the threat of price hikes. What we don’t discuss as often, however, are the origins of Netflix, and how it maintains its competitive edge over rivals like Amazon Prime and Hulu, and even HBO.

Netflix CEO Reed Hastings hasn’t been shy about his rivalry with HBO. In fact, he announced last February that his goal is to “become HBO faster than HBO becomes us,” and even kidded last week that HBO CEO Richard Plepler’s HBO Go password was “Netflix bitch.” Netflix has 33 million subscribers now, and the service hopes to double that number in the near future, as we all move away from our traditional TV sets and toward Internet streaming. My guess is that, though it has occasionally suffered setbacks in the past, Netflix will accomplish this goal. Sooner, rather than later.
But before they accomplish 66 million subscribers, let’s take a quick look back at 10 interesting facts about Netflix, and how it got to where it is today.
1. Reed Hastings was inspired to start Netflix after racking up a $40 late charge on a VHS copy of Apollo 13. So, uh, thanks Ron Howard! (Wikipedia)
2. In order to determine what television series it should be purchasing — especially for the European markets — Netflix monitors Bittorent and other pirating sites to see what is popular before making decisions. (Forbes)
3. Netflix, which had purchased the licensing rights to House of Cards, brought in David Fincher to run the show, and Kevin Spacey to star in it because Fincher and Spacey movies were very popular on Netflix. (Fincher, actually, had originally wanted Eric Roth in the title role). (Wikipedia)
4. In 2000, CEO and co-founder Reed Hastings approaching Blockbuster about a partnership, and the Blockbuster CEO laughed in their face. In fact, Blockbuster even had a chance to purchase Netflix for $50 million. I don’t know how much Netflix is worth now, but its third quarter earnings in 2013 were $1.1 billion, while Blockbuster is bankrupt. (CNet)
5. As of 2009, Netflix had around 58 warehouses nationwide, but most were hidden, disguised, and could not be found on a map. Likewise, Netflix delivery trucks are also disguised. (The reason is because of the number of discs being held in warehouses, and because Netflix doesn’t want anyone to drop their discs off at the warehouse locations). (Chicago Tribune)
6. Netflix chief content officer Ted Sarandos believes that the broadband caps that Canadian ISPs put on their subscribers is as bad as in third-world countries, and should be considered “almost a human rights violation.” As a result of the caps, the default streaming option for Canadian Netflix subscribers is for non-HD streams. (Gigaom)
7. During peak times — between 9 p.m. and midnight — Netflix accounts for 33 percent of North American’s downstream traffic. (CNet)
8. In 2008, Netflix stated that Napoleon Dynamite was the hardest movie to recommend to viewers based on their previous likes and dislikes. (NYTimes)
9. The reason why Netflix envelopes are rectangular instead of square is because the USPS charges more for square envelopes, enough more than in 2011, postage would’ve cost Netflix more than $225 million in additional charges. (Quora)
10. Netflix uses huge teams of people to watch films and tag every aspect of each movie from director to actor to genre to what kind of ending, to how sexually suggestive, gory, or romantic each film is, and even how moral the lead character is. They categorize each “quanta” — or element of the movie — using a document they call Netflix Quantum Theory, which has allowed them to basically reverse engineer Hollywood. In doing so, Netflix has created a whopping 76,897 genres (at least), designed to best recommend movies to its viewers. Why? Because the better Netflix knows you, the better it can tailor to your likes and dislikes, and the more likely you’ll stick around. (The Atlantic) 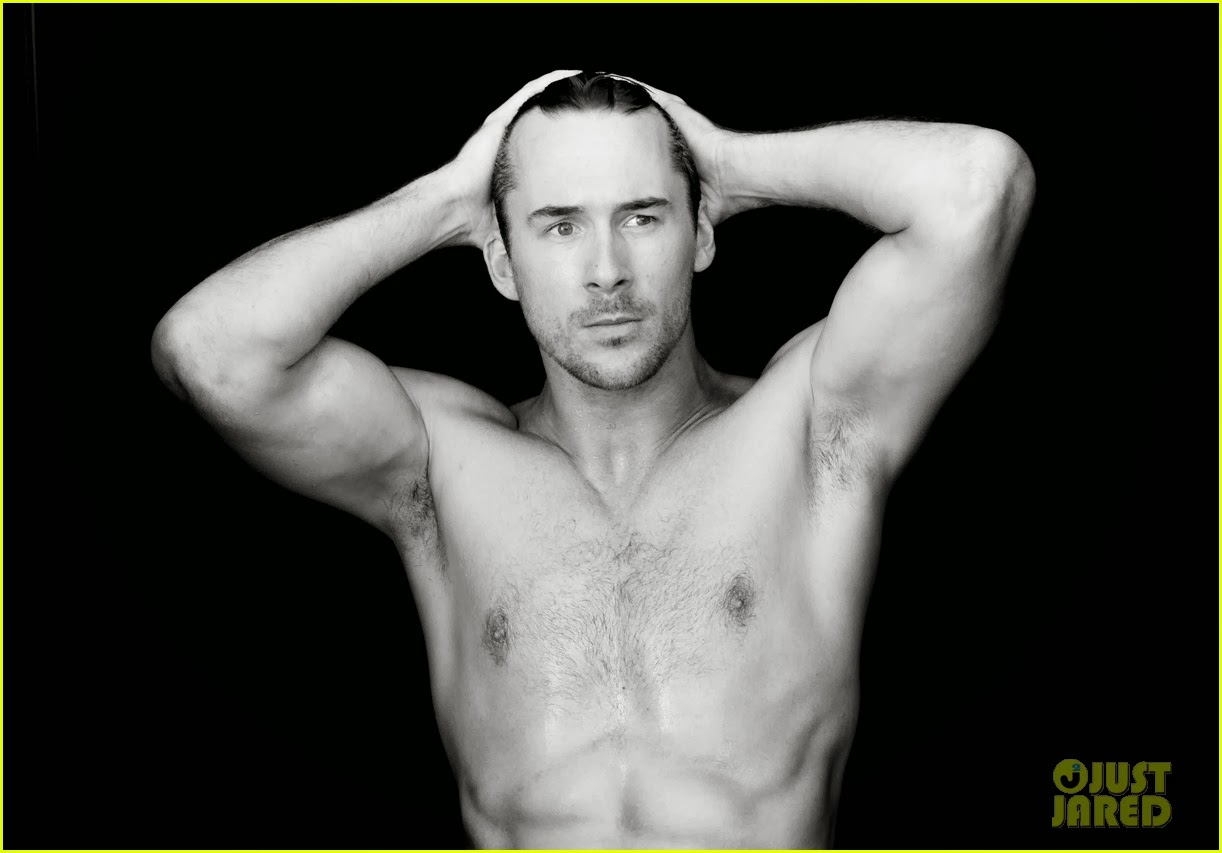 GOSSIP - Manganiello chi? Barry Sloan di "Revenge" a petto nudo su "Cosmo" UK in concorrenza col bi-torso(lo) di "True Blood"
Barry Sloane shows off his chiseled shirtless torso in the brand new issue of British Cosmopolitan.
Here’s what the 32-year-old Revenge actor, who posed for the mag to raise awareness of male cancer for Cancer Research UK, had to share:
On checking himself for cancer: “I always check myself every couple of weeks after a shower – if guys are honest they know what it’s supposed to feel like.”
On working with Russell Crowe in Noah: “It’s only a small part but if you’d have told me five years ago I’d be working with Russell I wouldn’t have believed you. He’s fantastic he gave me some good tips.”
On his life before becoming famous: “I finished on Hollyoaks then I did The Bill and Holby City which was fun. I knew my next job had to be something cutting edge because of the stigma that unfairly is tied to soaps. I did a theatre production of Jerusalem and it was so successful it went to the West End and then Broadway. It was like a golden ticket.”
To see Barry in all his naked glory, check out the digital edition of British Cosmopolitan!
Published by Leo Damerini at 14:30 1 commento:
Invia tramite emailPostalo sul blogCondividi su TwitterCondividi su FacebookCondividi su Pinterest
Etichette: Barry Sloan, GOSSIP, Joe Manganiello, PICCOLO GRANDE SCHERMO, Revenge, sexy, True Blood 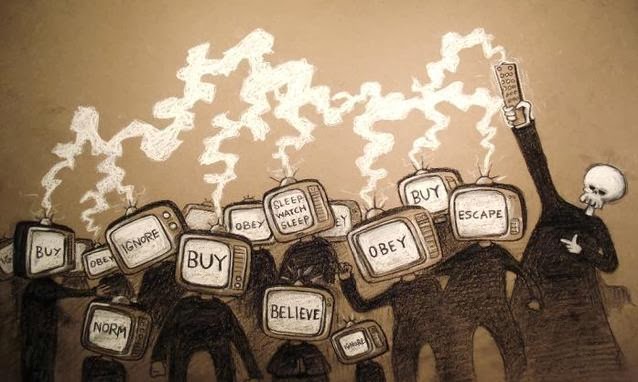 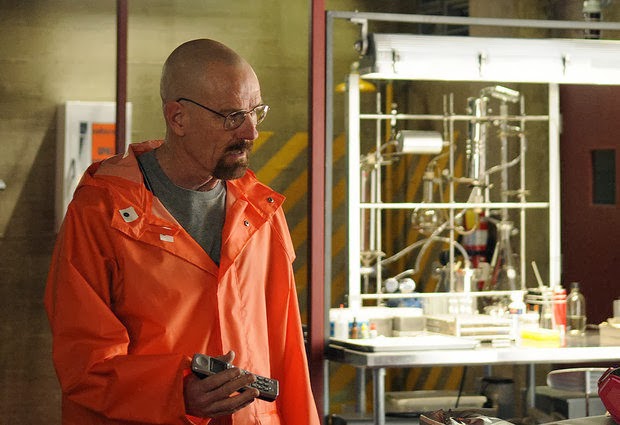 Articolo tratto da Syracuse.com
Up to seven students returning to classes Monday at the state University at Buffalo will learn about narrative storytelling, the drug trade and related topics through the exploits of fictional chemistry teacher turned meth kingpin Walter White and his TV show, "Breaking Bad."
"Breaking Down 'Breaking Bad,'" a graduate seminar being offered this semester, will analyze the acclaimed AMC television series' storyline, development and execution, according to the UB Reporter.
Six of of the seven seats available for the three credit-hour seminar were taken as of this morning, according to the university academic schedule.
The course was developed by Bruce Jackson, James Agee Professor of American Culture at the university's Department of English.
Jackson and his wife, Diane Christian, who also teaches English at the university, were teaching a films class when one of the students recommended they watch "Breaking Bad." They soon were hooked, the Daily Orange reported. When he told some students who also were devotees that someone should teach a seminar based on the show, they encouraged him to do it.
The show's "epic narrative" intrigued him, Jackson said.
The series, which ended Sept. 29 after five seasons, follows White as he turns to making meth to finance his cancer treatments and support his family, then becomes addicted to the thrills of the trade.
"This is not just an interesting TV program," Jackson told UB Reporter. "'Breaking Bad' goes into narrative and human and social complexity as no TV program has before. It is not like 'The Sopranos,' which was episodic; it is not like 'The Wire,' which was segmented. And it is not like 'Homeland,' which has had to direct itself into a new narrative. It is one epic narrative 60 hours long. We've never had that before, in any medium."
Guest speakers will include representatives from the Drug Enforcement Agency and Jim Milles, who teaches legal ethics at the university's law school.
The course is listed under the Department of Visual Studies and cross-listed by Media Study, Theater and Dance and the university law school. It's limited to 16 students who are required to have watched the entire series before they enroll.
"Breaking Down 'Breaking Bad'" isn't the only college course inspired by an AMC television series, the Huffington Post said. Students at the University of California-Irvine can take an online course based on "The Walking Dead," and the University of California-Berkeley has offered a course spun off of "Mad Men."
Published by Leo Damerini at 15:00 Nessun commento:
Invia tramite emailPostalo sul blogCondividi su TwitterCondividi su FacebookCondividi su Pinterest
Etichette: Breaking Bad, Homeland, I Soprano, Mad Men, NEWS, The Walking Dead 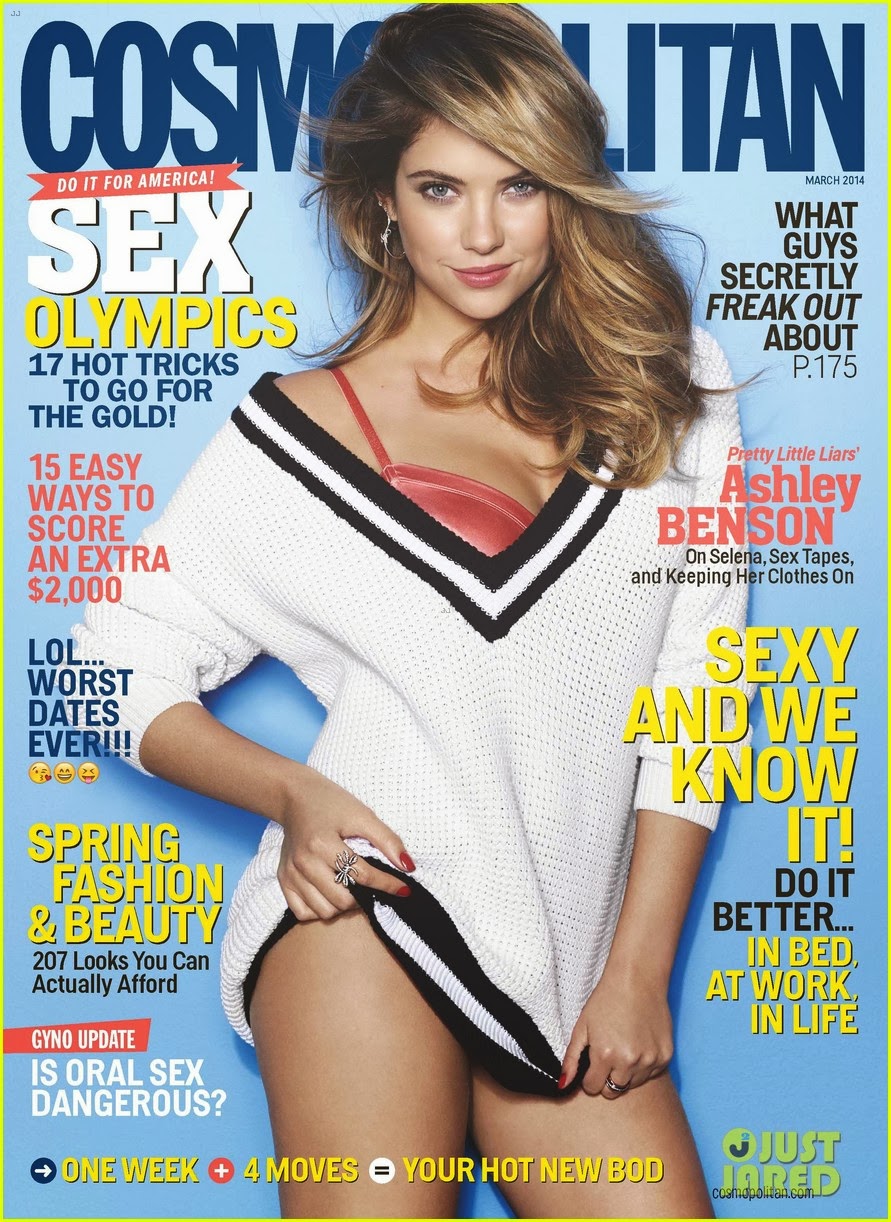 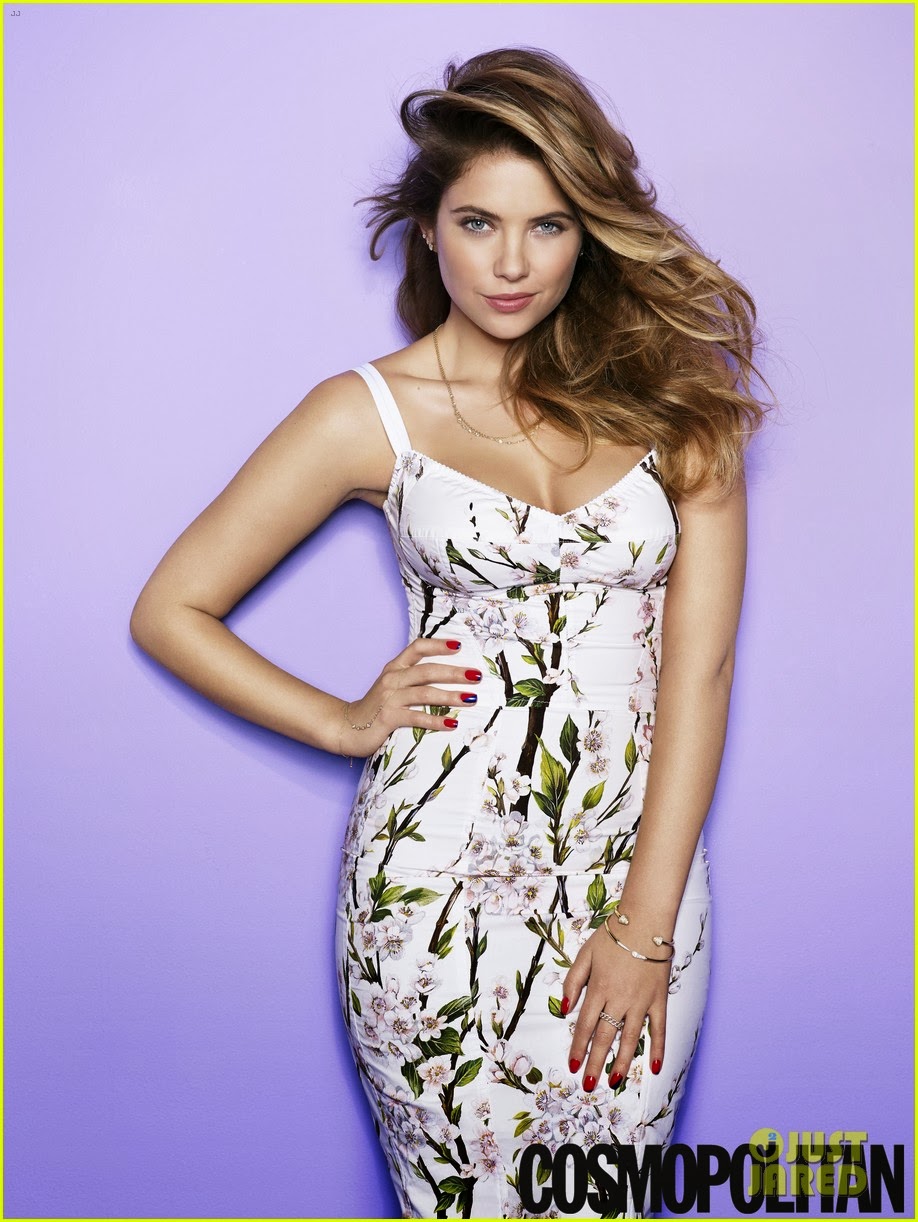 Ashley Benson looks super sexy on the cover of Cosmopolitan‘s March 2014 issue, on newsstands February 4. Here is what the 24-year-old Pretty Little Liars had to share with the mag:
On dealing with nudity on camera: “I never want to do nudity that’s gratuitous. Girls look so much better in lingerie or a t-shirt and leave the rest up to the imagination. I make it clear that I have a line. Everyone tries to push you, and it’s easy to get talked into doing those things. I’ll just walk off-set. But not everyone realizes they can do that.” 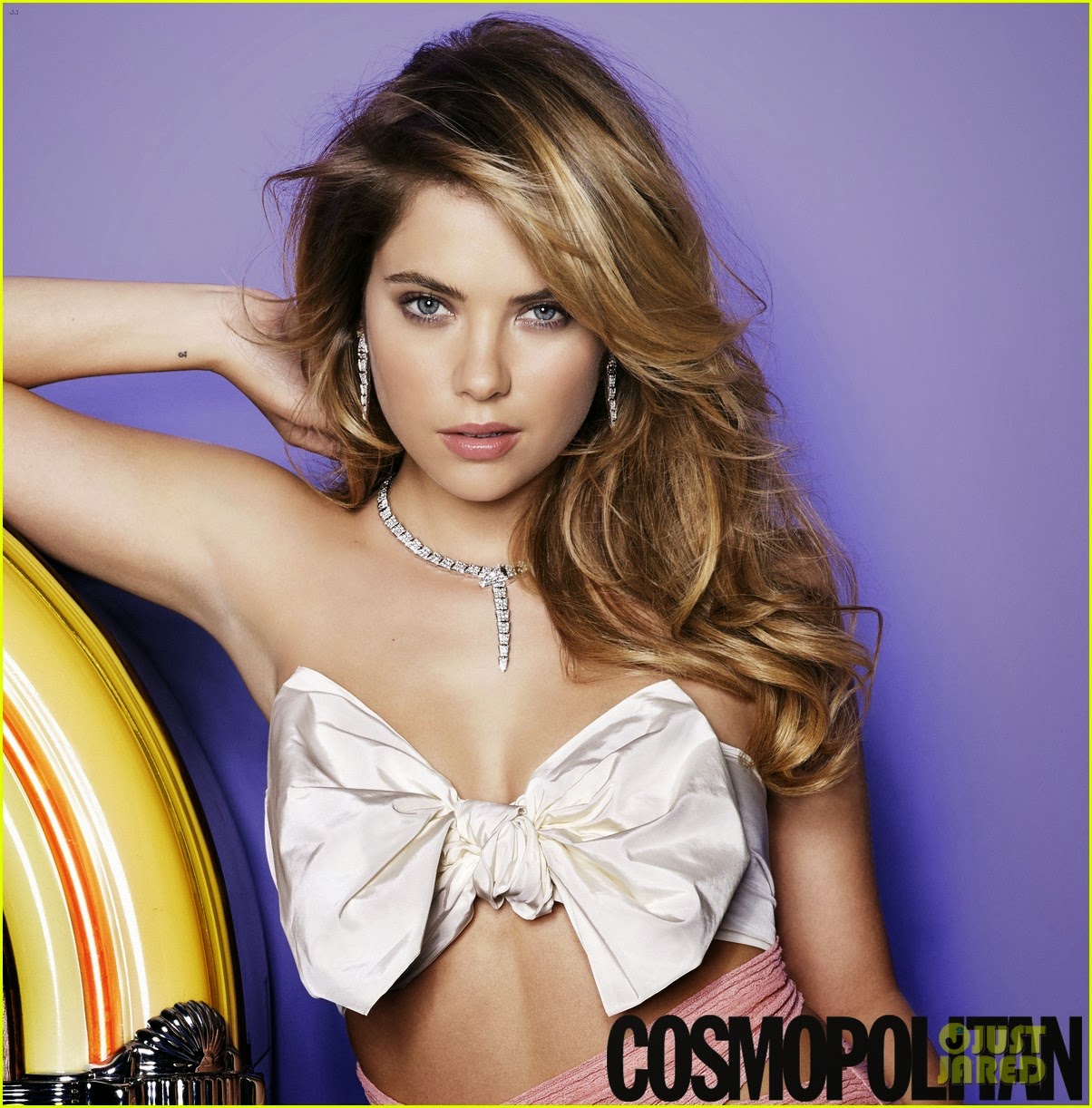 On steering clear of drugs while growing up in Hollywood: “There are drugs and alcohol in my family on both sides, so I’ve seen lives ruined, going to jail and all that. Once you start with any drug, it can be an addiction – that’s why I never want to start and am not even tempted, because that chain is relentless. And if it runs in your family, you see how unglamorous it is. I would never want to be out of control with my body.” 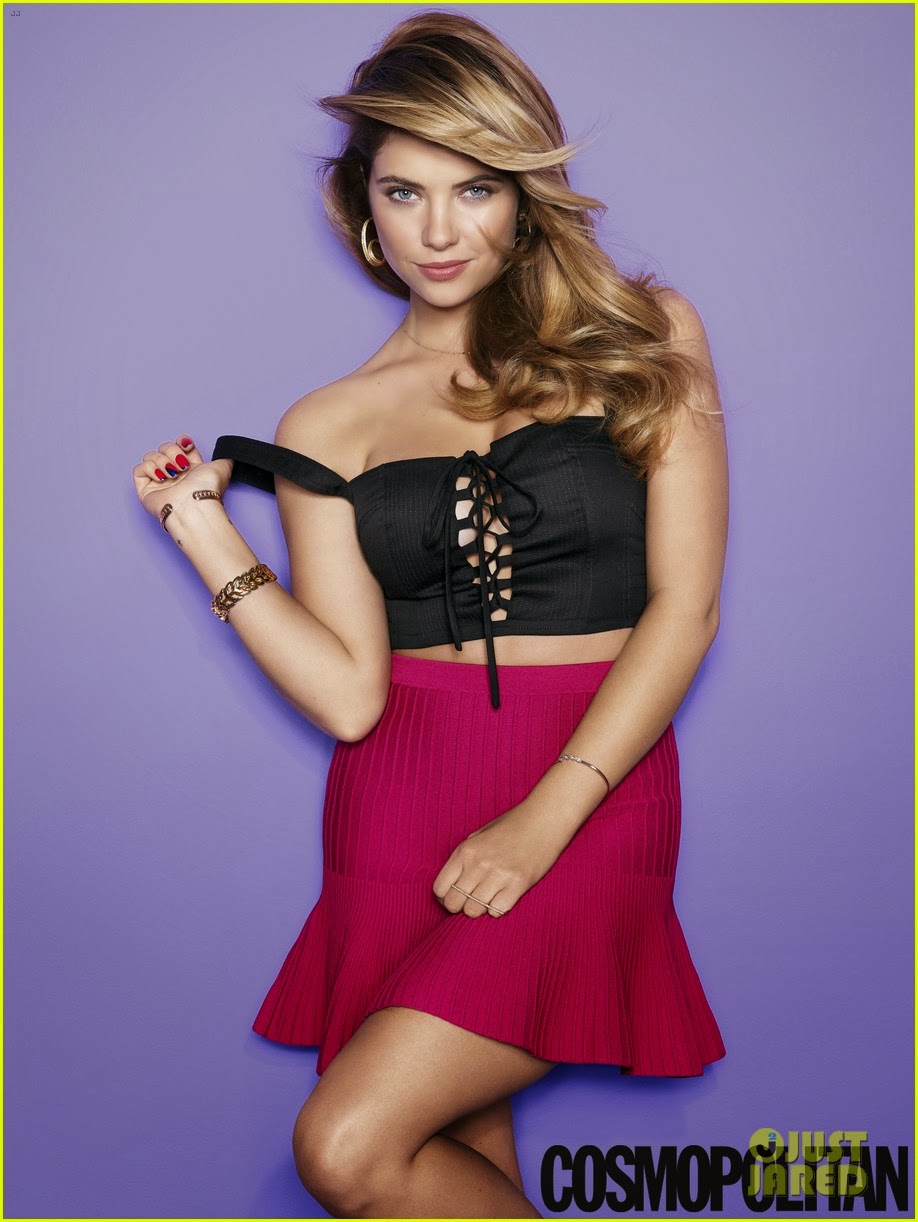 On her on-and-off-again boyfriend Ryan Good: “Ryan is one of the strongest people I’ve met, so grounded and such a positive influence on people. We took a break because it was so hard. I work 20 hour days, so I’m always gone. So a lot of your relationship is on the phone and iChatting and trying to catch up.”
For more from Ashley, visit Cosmopolitan.com! 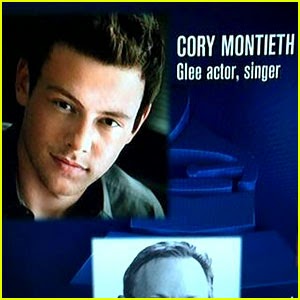 FYI: Monteith was nominated for three Grammys for his work on Glee – Best Compilation Soundtrack Album for a Motion Picture, Television or Other Visual Media in both 2011 and 2012, as well as Best Pop Performance by a Duo or Group with Vocals for “Don’t Stop Believin’ (Regionals Version)” in 2011.
Published by Leo Damerini at 14:30 Nessun commento:
Invia tramite emailPostalo sul blogCondividi su TwitterCondividi su FacebookCondividi su Pinterest
Etichette: Cory Monteith, Glee, NEWS, RIP 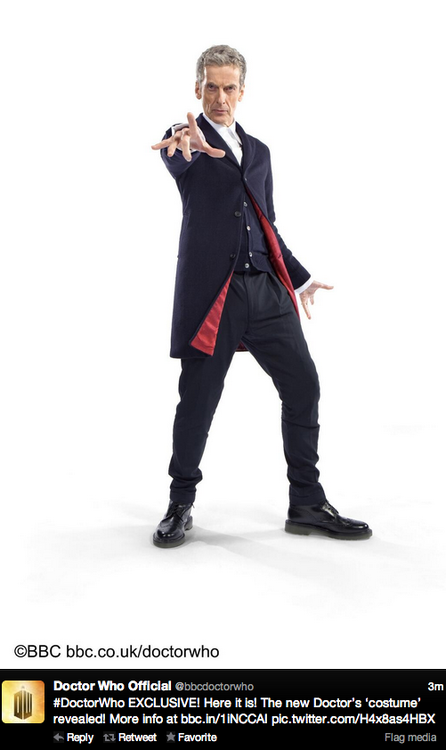